Treez Studio was formed in 2019 with the idea in categorizing my work as “Photo-realistic”. In order to give my students the challenge to draw and create images using various mediums in creating that photography look. I love it when people who view my work than comment “that looks like a photograph”. I remind them that it is a drawing and then I go into detail on how I create that effect. There are a few key elements in achieving this; One, is “light”. Light is everything, well almost, especially to the artist. If you understand the light by viewing it, try drawing it. “The more you see, the better you draw”. Two; Make sure the image you are about to draw tells a story. If you can’t keep your eyes off of it, it is probably because it is telling a story for you. Then try re-capturing that story by drawing that image. And three; Technique; I have challenged myself with using different mediums to draw that photo-realism look by using pencil, white chalk (on black board), acrylic (painting), air-brush, and colored charcoal on black board (my favorite – because of the challenge).

Now of course there is more to it than that, but that’s it in a nut shell. Those three elements are what I focus on in order to create that photo-realism look. And that is what this web page and Treez Studio is all about. Guiding people in drawing to the point where it looks like a photograph… what a challenge. And look at the praise you get when you achieve it. Keep practicing and keep looking…

Born in Vernon, British Columbia in October 1962, Allan Wesley Johnson (AJ) has had the artist aptitude since age 6. With an interest and constant practice throughout his childhood, it was obvious to family and friends that he was destined to be an artist. School taught him the basics and he expanded his ability through calligraphy with an interest in drafting, architecture, building, woodworking, airbrushing and graphic design. Attending college in a two year arts program enabled AJ to achieve his goals in a more professional approach. Photography became a main interest and a desire to draw from his own photographs soon ensued. He became a graphic designer for 12 years and eventually opened his first studio in Victoria in 1993. There he not only photographed on a professional level but also developed his work in the darkroom.

Teaching classes in “Drawing the light” and beginner photography classes were a big hit. After 18 months and an unmeetable overhead, he closed the studio and went on a sabbatical in Morocco for six months gathering thousands of images and thus the “Moroccan series” unfolded. A second studio was opened in his home in Sooke, B.C. while raising a family. 17 years later, AJ finds himself with his third studio “Treez Studio” which show the life long work before you. On yet another sabbatical, this time in Asia for six months, AJ is currently collecting more photo references for his next series. He plans to return in March of 2020, and opportunity for sales of his work will begin.  View his work, make a comment (if you wish) in the “Contact Us’ section and requests will be considered. Thank you for showing interest in “photo-realism” and viewing his technical skill. 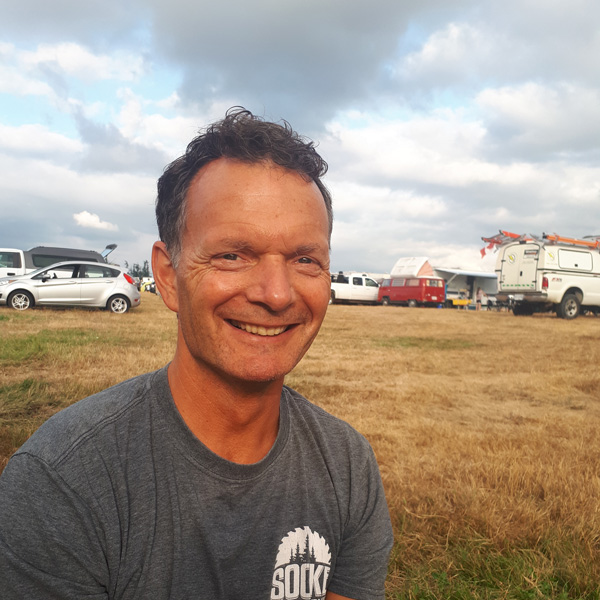 AJ (Allan Wesley Johnson) is an award winning artist in the province of British Columbia. He viewed his work in the “Shuswap Art Festival” from 1990 – 1992, winning a many awards including; “Best Portrait”, “Best Animal”, “Best in Show”, and “People Favorite”. In 1992 he became a member of the Board Committee, responsible for organizing the yearly show.

Also showing in the “Armstrong Fall Fair” in 1991 winning “Best in Show”.

Also acknowledged for his Mural work for the Sooke Fall Fair Festival creating 17 murals on an exterior wall 116ft in length in 2008.

AJ has not shown his work in public (except from his home studio) since 2008. But will welcome the chance to do so in the future.

A Study Of Light

The main ideas and concept in producing “Photo-realism” is the “study of light”, which to the artist is everything. Well, almost everything. My favorite saying is “The more you see, the more you can draw”. We can create more dramatic light, for a more story telling dramatization which gives the art piece appeal but it basically comes down to what is available at the time either with a still life of a photograph. Before I start, I find that right photo that not only capture that perfect light, but it also must have the “story telling” aspect. And usually light is the main cause of that. It is challenging to add or remove dramatic light but one has to be skilled in order to achieve that. I usually rely on the photo to depict it. Probably the reason I prefer to use my own photographs to reference from.

When photography is used, especially outdoor, I prefer ‘morning light’ or even ‘evening light’ (sundown) to achieve that ‘dramatic’ effect. You can really notice it with landscape photography and even portrait photography” I seem to have a fascination with faces and the story it tells, especially the ‘older’ ones. Even thou I have photographed hundreds of faces, dramatic lighting is most effective.

So I challenge you to find that ‘quality of light’ photos when creating your work.

The 17 murals were created and sponsored by the “Sooke Fall Fair” festival in 2008. They were created to give a background for the festival and remain strong today. They were created for the theme; “100 years of Agricultural Historium”. Hand airbrushed with one color (brown cepia). A team of 3 other wonderful artists helped create this Exhibition. It took three months and over 800 hours of labour.

Other murals exist in Sooke that can be viewed when visiting this small town just 20 minutes away from Victoria, B.C. Murals include “Fish Rock” (no pictures of this one… yet) and “Aquatic Beach” on Pump Stations in Sooke.

One of AJ’s favorite tools is the Airbrush which is another tool in creating Photo-realism. 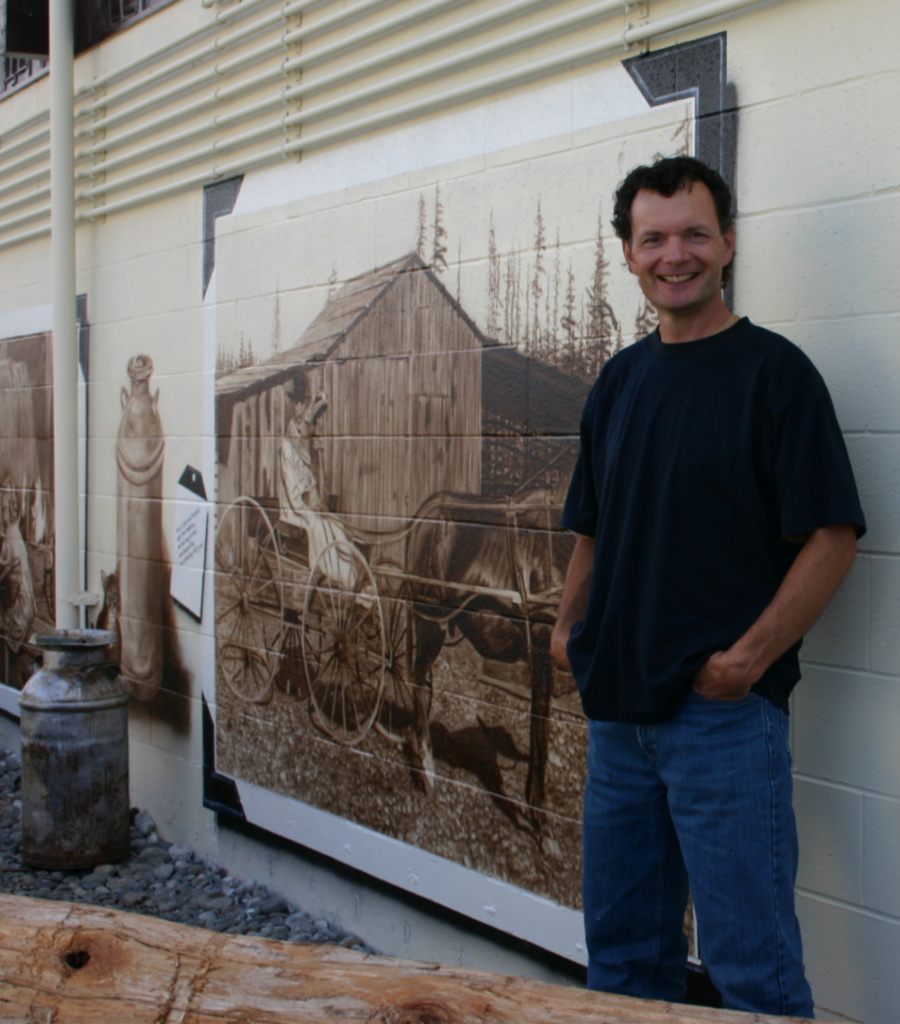 The following images were created from 1992 to 2019. AJ has been experimenting with the following mediums to create that “Photo-Realism” quality: Pencil, Acrylics, White Chalk (on black illustration board), and Colored Charcoal on black illustration board. AJ has travelled to many places around the world photographing and collecting images to perfect his technique. View his collections and if you wish, go the “How to Contact the Artist” section and make a comment. Feedback is welcome. Prints and reproductions are not available at this time but requests will be considered. Thank you for viewing AJ’s collections.

AJ is currently on a sabbatical across Asia. He is still receiving messages and can reply to your message.
Press the "Get in Touch" button below to send a message. Thank you for your understanding.